Nature has its own rhythm in the Cyclades — a back-and-forth of abundance and scarcity. The landscape can be quite harsh, with dry soil, a frugal sea at times, or sometimes too wild to even think about, and a flat absence of mountains creating a sometimes unforgiving wind. But we can think our way around this, working with nature to harness what it gives us — everything it gives us, from nose to tail — for when we need it. 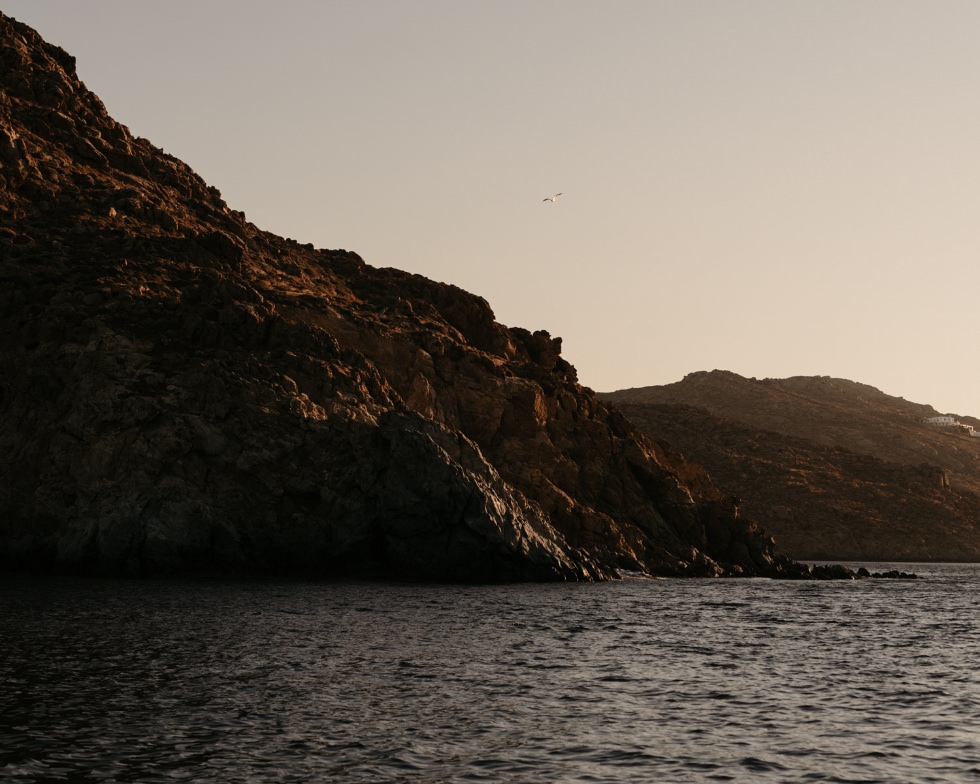 “After the summer, the seawater starts drying on the rocks. This is the best moment to harvest the wild salt that gets left behind,” explains Athinagoras. 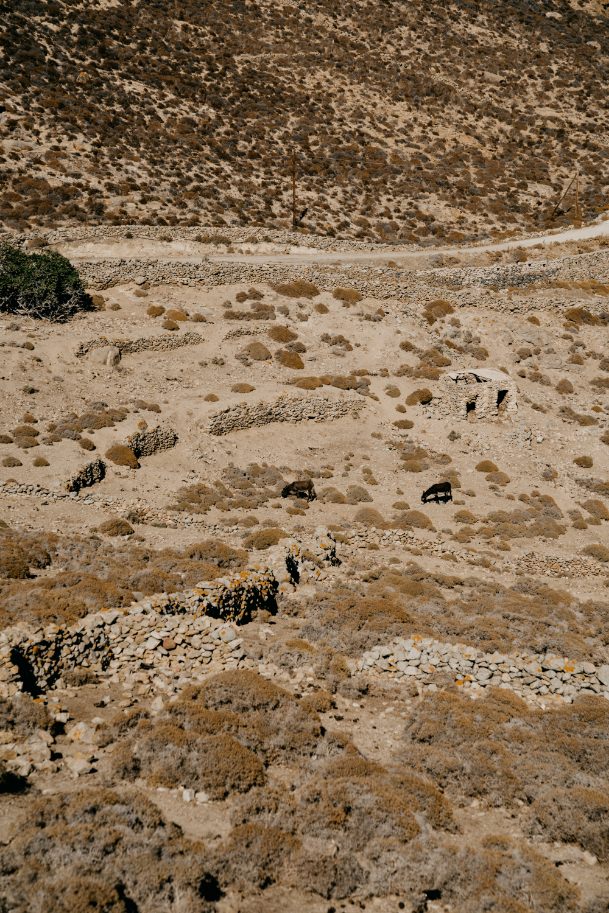 The people of the Cyclades islands have developed a range of innovative preservation techniques over the years, keeping pantries stocked in times of soilless scarcity.

We can preserve, sun-dry, ferment, pickle. These Cycladic techniques arose out of necessity, but we cherish what they can do to flavour, to texture. Something fresh is in the moment, but a pickled something or a sun-dried whatever is a jump in time. Ripened by a younger sun, dried by a different wind. 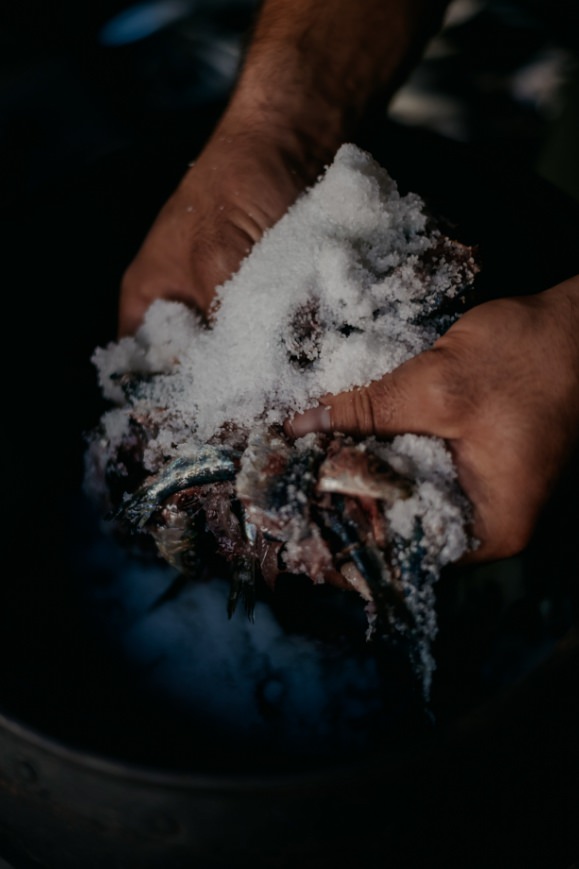 Salt and sardines, two key components of Nōema’s homemade garum, an umami fish sauce that has played an important role in the Mediterranean’s culinary cultures as far back as Ancient Greek times. 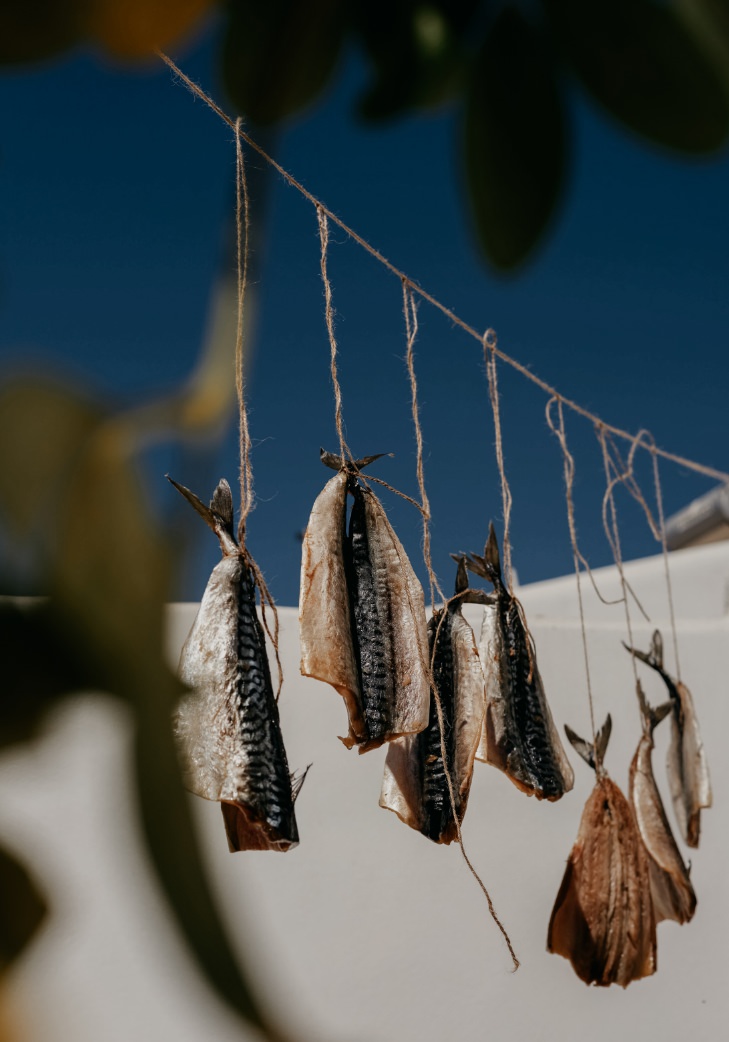 Mackerel hanging out to dry in the sun. The wind, whipped in from the sea, also makes a subtle contribution to the final flavour.

It’s about rhythm. A recipe has no rhythm. It’s rigid, sat there inked on paper or carved in stone, and it’s not listening to the land. So instead of writing and reading recipes, we let nature write new ones every day, month, year. Or just whenever it feels like it. We’re just always there to listen. 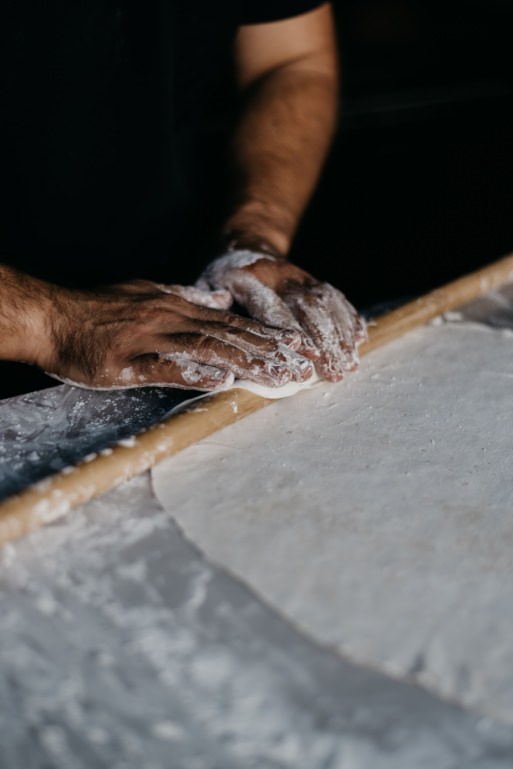 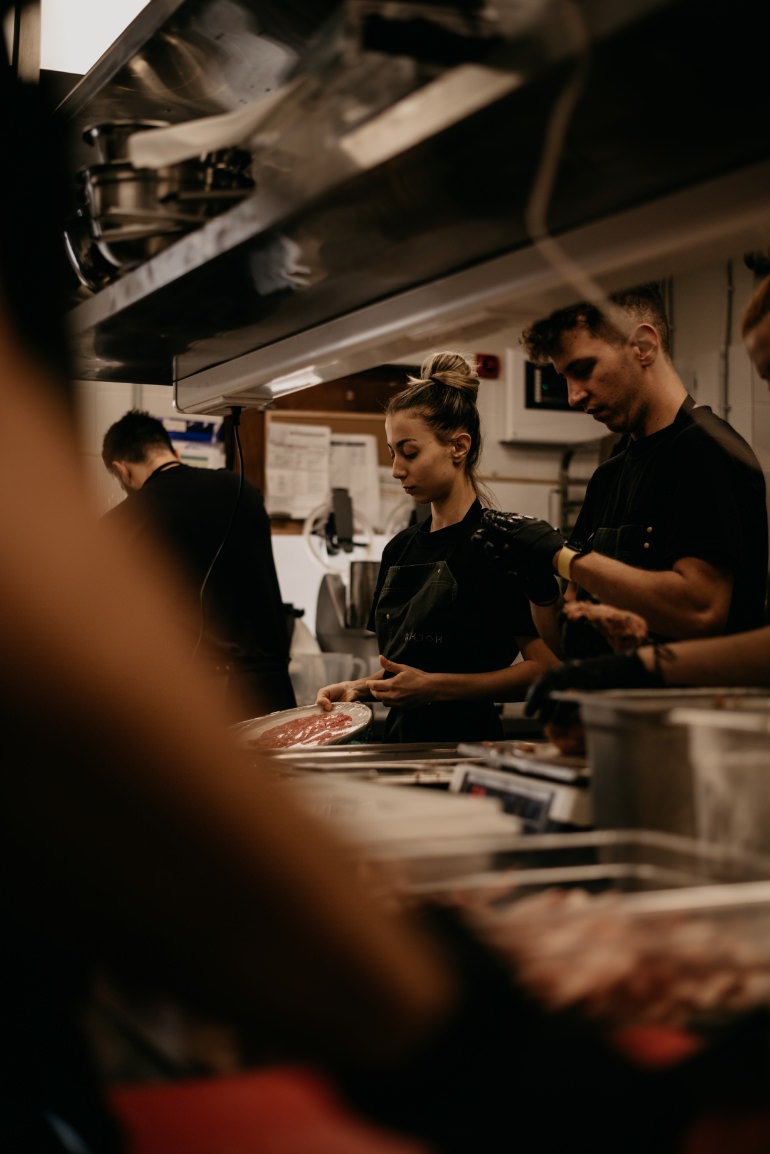 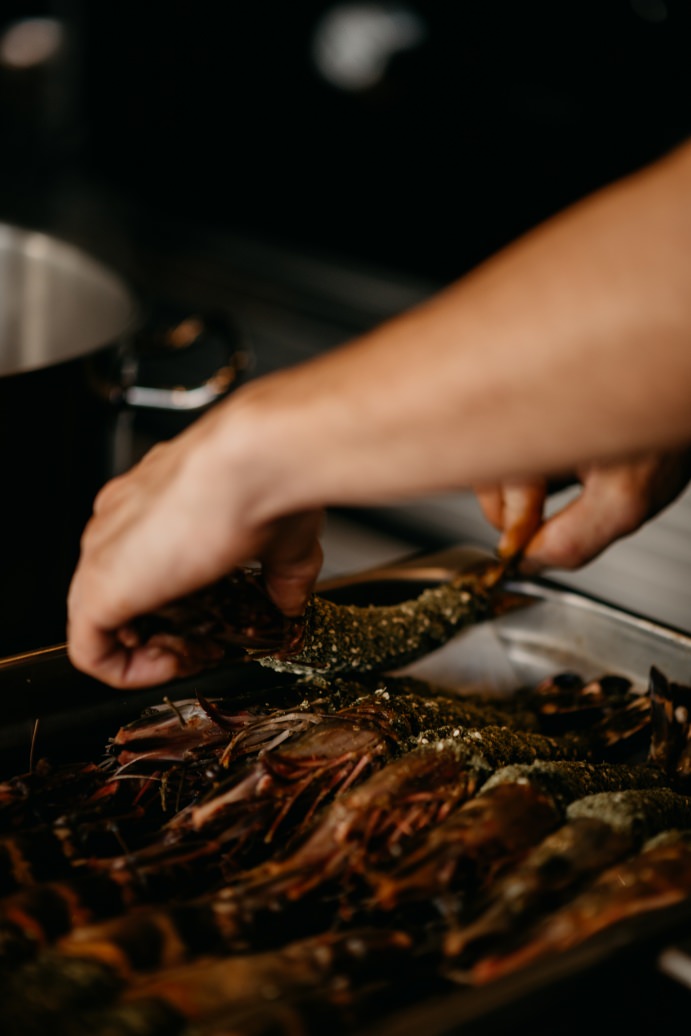 “Let’s take a tomato. I believe they are at their freshest around July. But preserve that tomato and by October it has changed into something different — which goes very well with grilled sardines and a vinegar and rosemary dressing. And that’s exactly how we try to reflect certain moments across the seasons, like a movie from first course to dessert. That’s the story of the Cyclades that we’re trying to tell.” 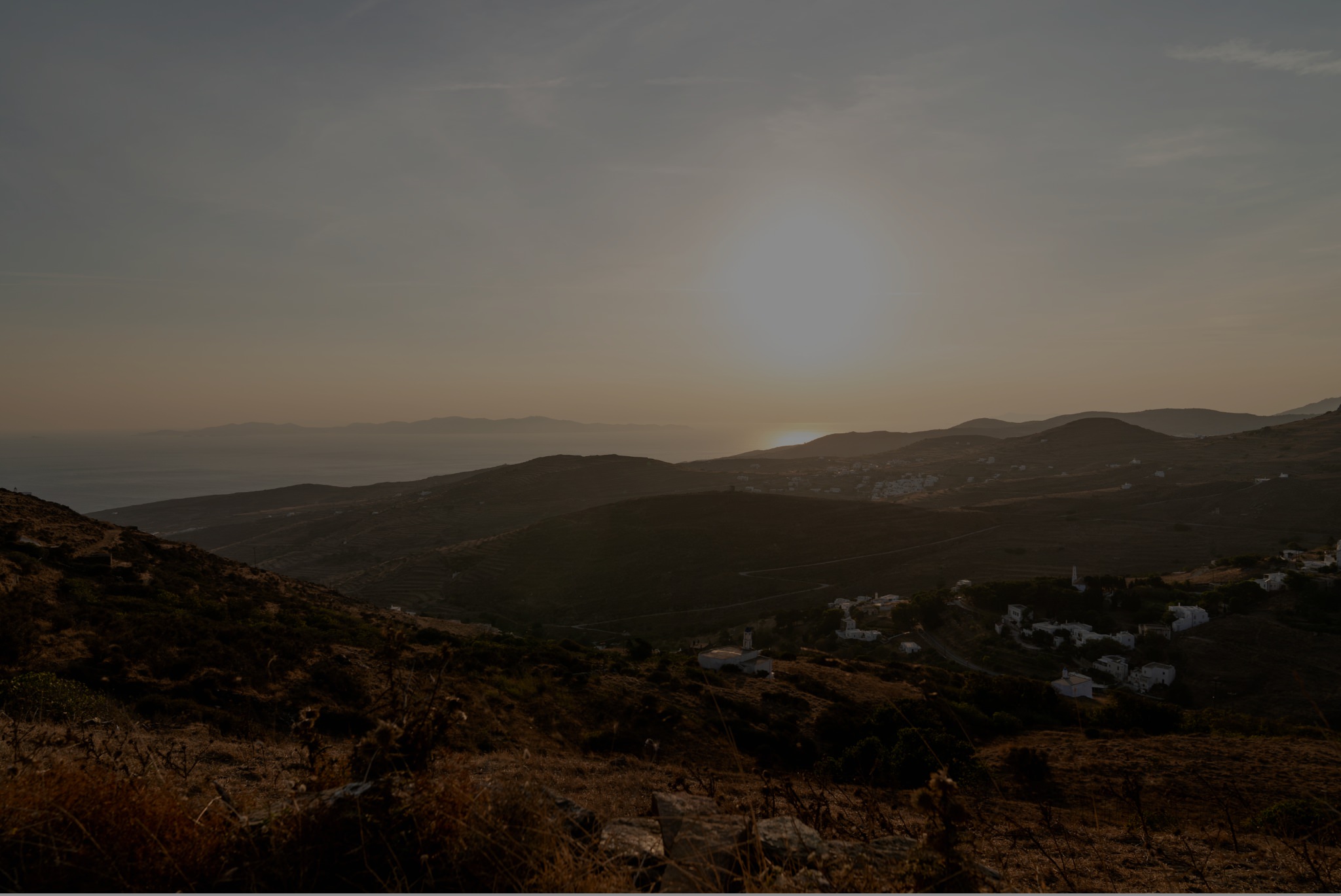